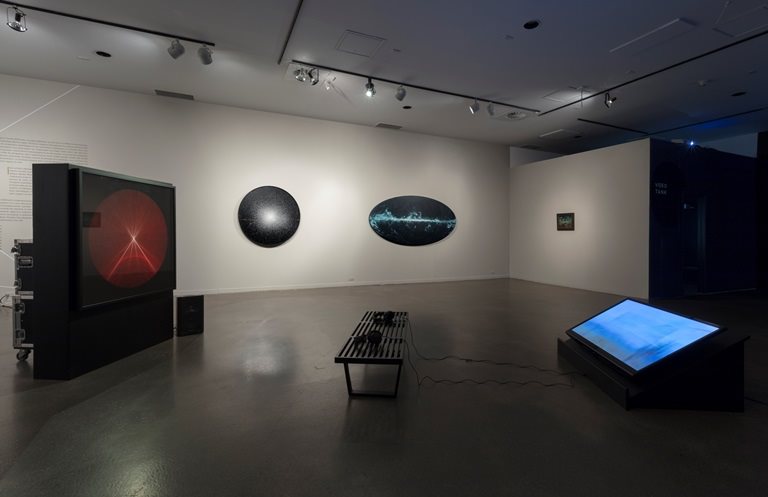 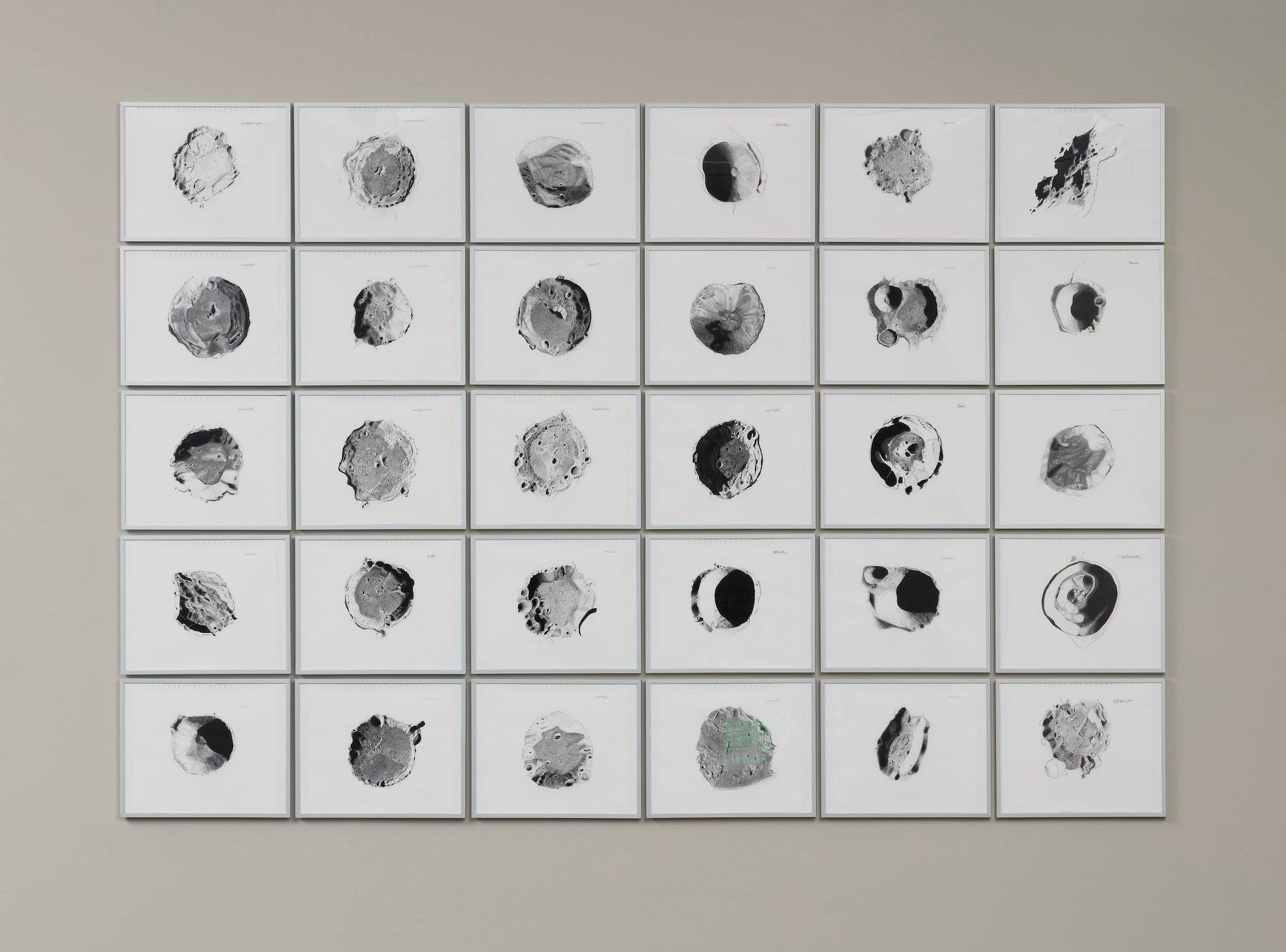 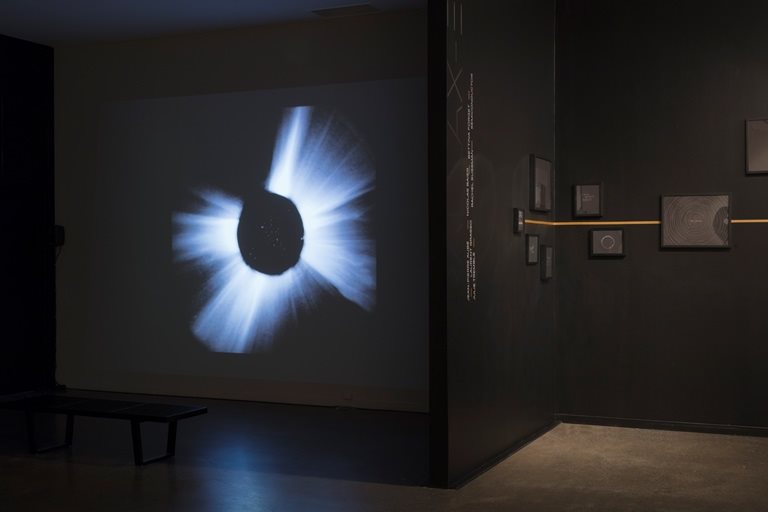 In celebration of its 20th anniversary, the Foreman Art Gallery will usher in 2018 with a federative project that nods to the Mont-Mégantic International Dark Sky Reserve and regional astrophysics research. Parallax-e probes the emergence of a new astronomical sublime informed by advances in optical and digital technologies, scientific projections and evolving aesthetic conventions. In its broadest sense, “parallax” refers to the influence of the observer’s angle of perception on how an object is perceived. This notion, highly useful for determining the distance of celestial bodies, is above all applied in a physical context, particularly in astronomy and photography. Its underlying principle can, however, apply to a multitude of situations to describe the effect of perspective on the apprehension of a given reality, be it physical, empirical, cognitive, affective or conceptual. In philosophy, the favoured approach is often akin to a parallax that is, taking an epistemological “step sideways” to shake up trite interpretations. Parallax thus designates the art of offsetting the gaze, the better to expose the neglected facets of our own perception, the distortion that shapes our relationship to the real.

The artists featured in Parallax-e all take this sideways step, adopting an oblique and quirky perspective that serves to question the visual culture of astrophysics research. Put into conversation, the works presented highlight the interplay of technology, aesthetics and politics in the unfolding of our cosmological consciousness. At the heart of the exhibition, scientific imagery rubs shoulders with popular, ancient, symbolic and fantastical representations of the cosmos. Nodding to film, the Flemish Renaissance, history painting and scientific modelling, Parallax-e weaves a complex, multifaceted tapestry of our relationship with the celestial world.

Produced by the Foreman Art Gallery, with the support of the Canada Council for the Arts, the City of Sherbrooke and the Conseil des arts et des lettres du Québec.

The Foreman Art Gallery wishes to thank the artists for their collaboration.

Jean-Pierre Aubé lives and works in Montreal. He holds an MA from the École des arts visuels et médiatiques, UQÀM. He focuses on developing tools that let him capture various natural phenomena which he uses as materials for his performances and installations. His work has shown in Canada, Mexico, Germany, France, Denmark, England and Serbia.

Bettina Forget is a visual artist, gallery owner, art educator and researcher living and working in Montreal, Canada. She owns and runs the Visual Voice Gallery and is the Arts/Science Researcher under the SETI Institute’s Artist-in-Residence program. In this capacity, she investigates idea translation between collaborating artists and scientists and explores different modes of knowing. Bettina’s artworks focus on astronomy, science fiction, and feminist issues. Born in Germany, Bettina has studied at Central Saint Martins School of Art in London, England, at Curtin University in Perth, Australia and at the Nanyang Academy of Fine Arts in Singapore. She is currently earning an MA in Art Education from Concordia University, Canada. Her research examines the recontextualization of art and science and how women and girls may connect to STEM subjects through MakerEducation.

Rachel Sussman is a Guggenheim, NYFA and MacDowell Colony Fellow and two-time TED speaker. Her critically acclaimed, decade-long project “The Oldest Living Things in the World” combines art, science, and philosophy into a traveling exhibition and New York Times bestseller. In 2014, she began developing new installation works deepening her exploration of personal and cosmic time, the universe, nature, philosophy and beauty. With the support of the LACMA Lab, and working with SpaceX, NASA and CERN, her new work can be found at MASS MoCA, the New Museum Los Gatos, and the Des Moines Art Center. She is currently an artist–in–residence at the SETI Institute. Her exhibition record spans more than a decade in museums and galleries in the U.S., Europe, the Middle East and Asia.

Semiconductor is the UK artist duo Ruth Jarman and Joe Gerhardt. Through moving image works, they explore the material nature of our world and how we experience it through the lens of science and technology, questioning how these mediate our experience. Their unique approach has won them many awards and prestigious fellowships including the Samsung Art + Prize 2012 for new media, a Smithsonian Artists Research Fellowship, the Collide@CERN Artists Residency Award and a NASA Space Sciences Fellowship. Exhibitions and screenings include Let There Be Light, House of Electronic Arts, Basel (solo show); Worlds in the Making, FACT, Liverpool (solo show); Da Vinci: Shaping the Future, ArtScience Museum, Singapore; Field Conditions, San Francisco Museum of Modern Art; Earth: Art of a Changing World, Royal Academy of Arts, London; International Film Festival Rotterdam; New York Film Festival; Sundance Film Festival and European Media Art Festival.

Julie Tremble holds a master’s degree in film studies from Université de Montréal (2005) and a bachelor’s degree in film and philosophy (2000). Her work has shown in galleries and artists’ centres in Canada, France, Indonesia and the U.S. as well as on the festival circuit, notably at the Festival du nouveau cinéma, Images Festival, Festival des films sur l’art and ARKIPEL International Documentary and Experimental Film Festival. In 2013, she received the CALQ award for the best artistic and experimental work. Her videos are distributed by the Groupe Intervention Vidéo (GIV). She currently lives in Montreal.

Opening Reception
Wednesday, January 17th, from 5 to 7 pm
The artists and the curators discuss their work with the visitors at 5:30pm on the night of the opening reception.
Round Table

In the context of this exhibition, the Foreman Art Gallery organized a round table themed on visual culture in astronomy on February 28 at 7 PM in the Centennial Theatre Lobby (Bishop’s University).