The Pigeon and the Puddle: A Controversial Song 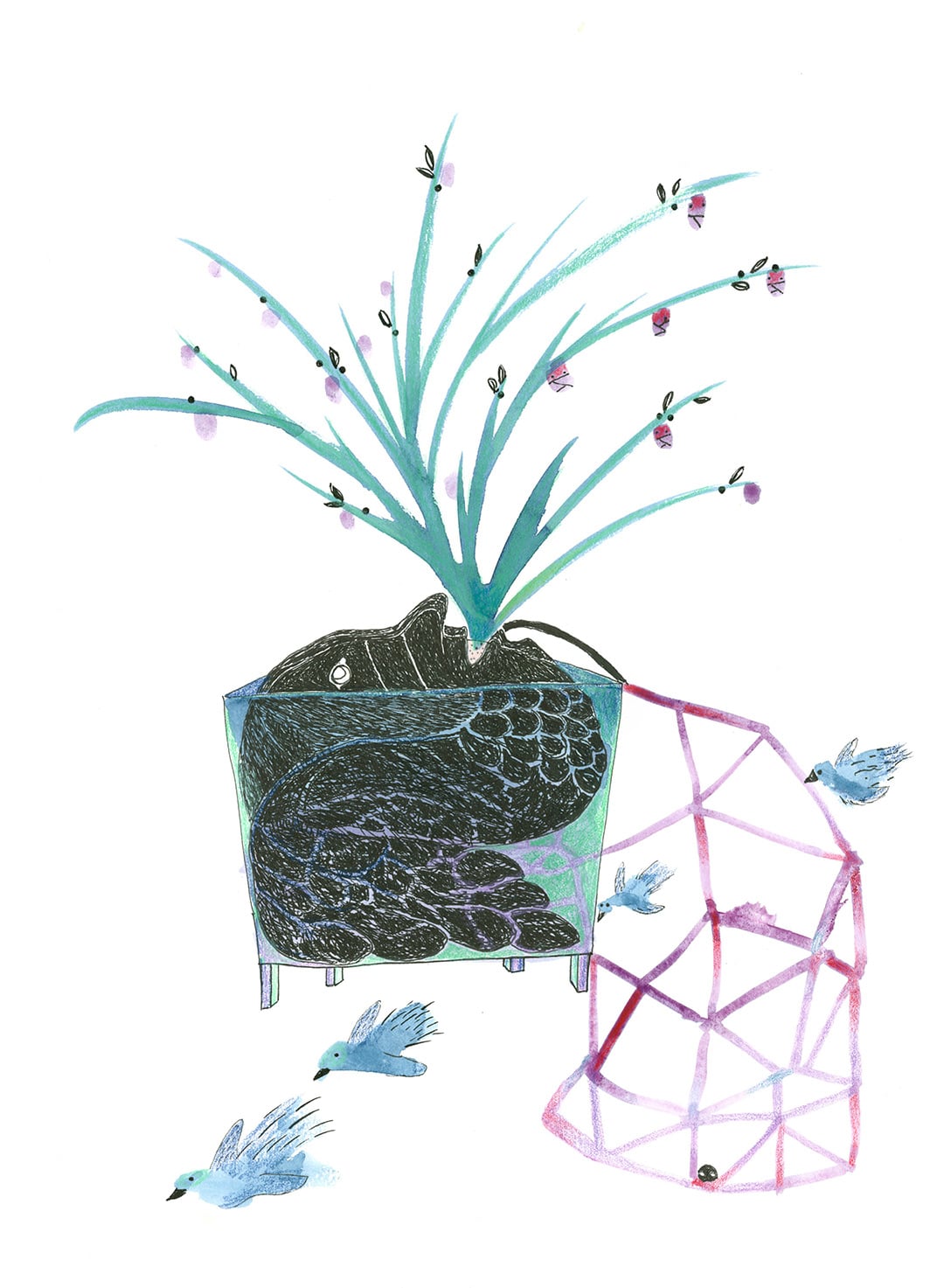 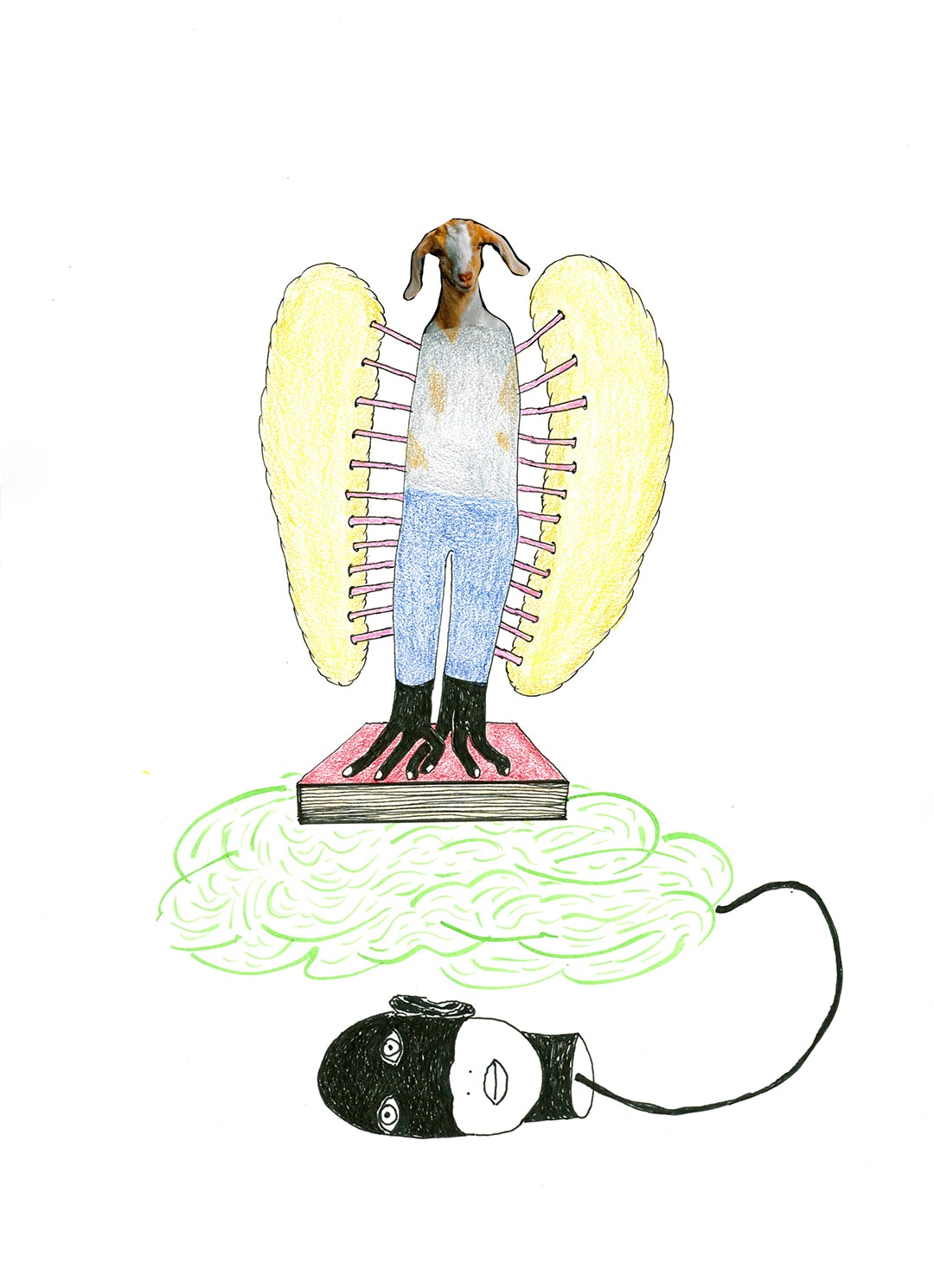 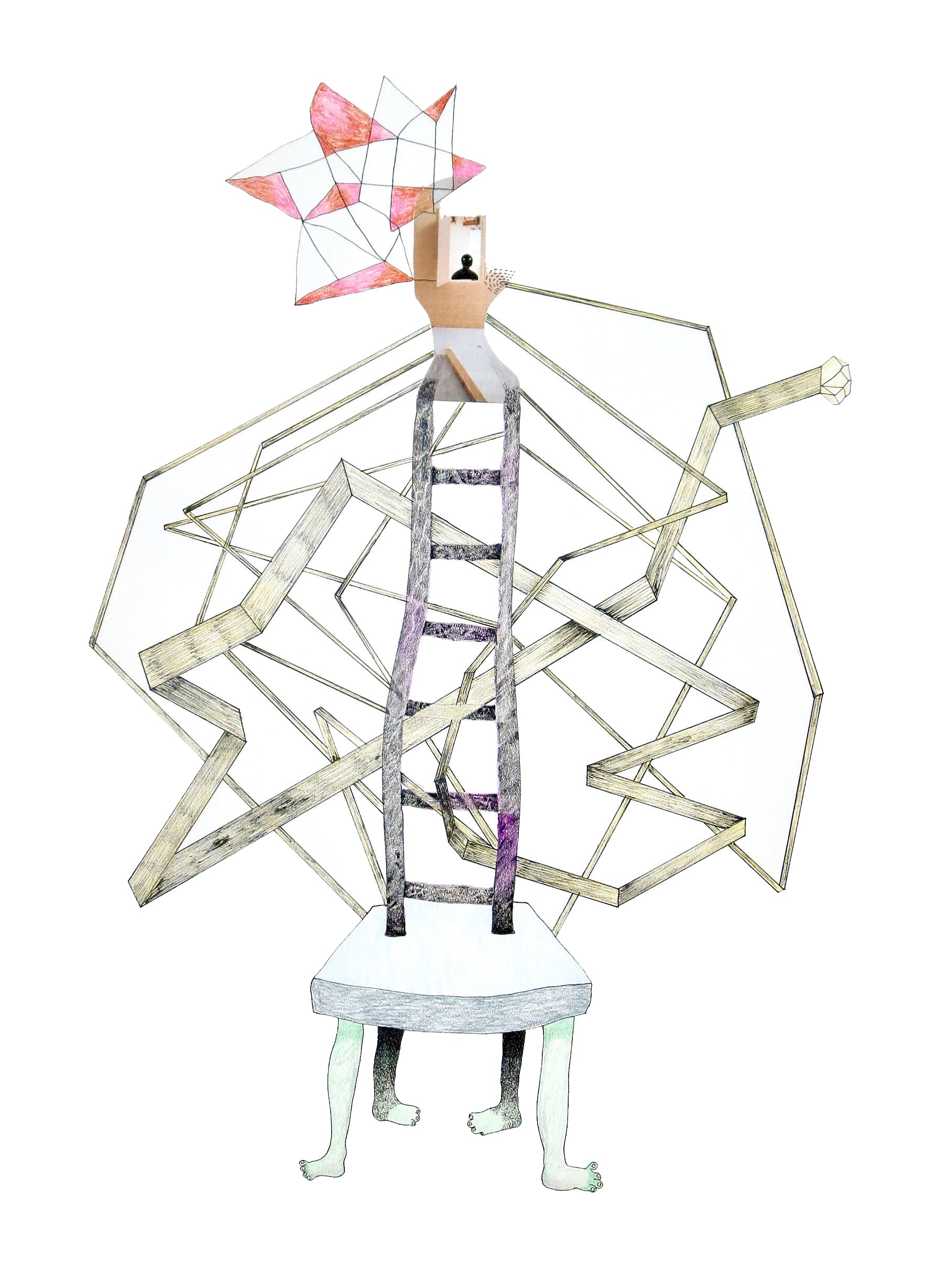 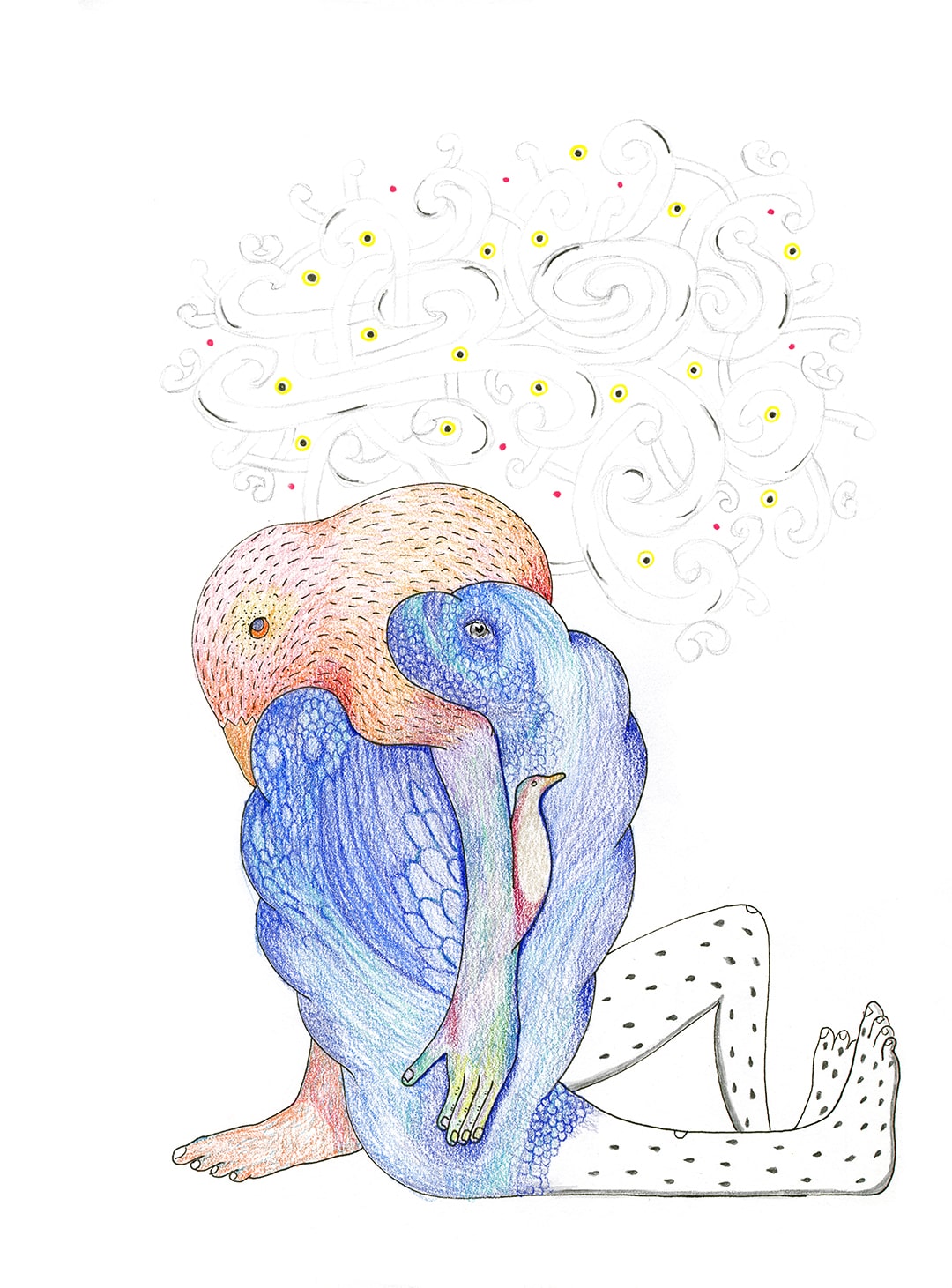 As part of a series dedicated to youth, this exhibition addresses the immigrant experiences of displacement, transition and transformation, by way of quirky and humorous collaborative drawings, sculptures and in-situ ephemeral wall drawings.

Z’otz* Collective rests on the combined creativity of Nahúm Flores, Erik Jerezano and Ilyana Martínez. Drawing is their primary means of expression and is used to visually respond to one another and to their surroundings, by means of a distributed method. Drawings get typically passed between each other, resulting in authorless works imbued with a heavily hybridized aesthetics. This collaborative approach conveys an intertwined understanding of reality, where the natural realm extends into the supernatural; the human nature into animal beings; the biological realm into the spiritual.

Their work connects to the storytelling traditions of their Latin American background. Fantastical scenes and creatures, owing to ancient gods and mythologies as much as to cultural cues of our present, tell tales of displacement in an aesthetic language referencing Pre-Hispanic art forms. The narrative aspect of their work remains open to interpretation on the part of viewers, who are expected to contribute their own informed imagination to the story-telling enacted in the gallery, like a fourth essential collaborator.

Z’otz* Collective (Nahúm Flores, Erik Jerezano, Ilyana Martínez) was formed in Toronto in 2004 by three artists with Latin American roots. In a shared studio, they meet weekly to collaborate on works that incorporate drawing, painting, collage, sculpture, and site–specific installations. The group’s name comes from the Mayan word for “bat”. Their work connects to the storytelling traditions of their background, with mythological beings and symbols that move between the individual and collective dynamic.

Z’otz* Collective has had over 25 solo exhibitions and over 40 group exhibitions across Canada, Mexico, USA, Serbia, and China. In 2018, the Musée des Beaux-Arts de Montréal commissioned them to create a series of ceramic sculptures for their permanent collection.

Erik Jerezano was born in Mexico City in 1973. He is a self-taught artist who has exhibited in galleries and artist-run centres across Canada and Mexico. He has been awarded grants from the Toronto Arts Council, the Ontario Arts Council, and the Pollock–Krasner Foundation. His work was acquired by Canada Council Art Bank. He has attended the International Symposium of Contemporary Art of Baie-Saint-Paul. He has also collaborated on community arts projects in Mexico City, including outdoor murals.

Erik’s choice of tools and media has inspired comparisons to sumi-e paintings (an Asian brush-an-ink painting style). His work lives in a world where the eye is constantly deceiving us. Yet it does so apologetically, where the naivety of the pen and simplicity of paper are taken with grave seriousness. The indescribable softness of the (often) ironic reflexivity of Jerezano’s work binds together the two places where he has been shaped the most culturally: Mexico City and Toronto.

Nahúm Flores was born in Danlí, Honduras and immigrated to Canada at age 17, after living in Mexico and the United States. He holds a Bachelor of Fine Arts in Drawing and Painting from OCAD University. He has been awarded grants from the Pollock–Krasner Foundation, the Ontario Arts Council, and the Toronto Arts Council. His paintings and drawing installations have been widely exhibited in Canada and Central America. He was one of six artists to win the Bienal de Artes Visuales de Honduras in 2006. His work was shown in a 2016 solo exhibition entitled The Inheritors at the Museum of National Identity in Tegucigalpa, Honduras.

Growing up in Honduras, Nahúm was exposed to a mixture of Catholic and Indigenous beliefs reflected in daily life. The syncretism of Honduran traditions – informed by social and environmental issues – has affected his perception of life. His mixed media work reflects and explores these influences. Its unique fusion of drawing and matter is also intuitively processed. In this way, Nahúm can give voice to his subconscious, creating expressive figures or amorphous forms that belie his sense of humour.

Ilyana Martínez was born in Toronto and grew up in Pennsylvania, Wyoming and Mexico City. She holds a Bachelor of Design from NSCAD University and majored in Drawing and Painting (Honours) from OCAD University. She also studied art and design in Italy, Switzerland, and England.

Ilyana has been awarded grants from the Pollock-Krasner Foundation, the Canada Council for the Arts, the Ontario Arts Council, and the Canadian Society of Painters in Watercolour. She has attended artist residencies in Ohio, British Columbia, Mexico, Croatia and Serbia, and has worked with such prominent museums as the National Gallery of Canada (Ottawa), the Art Gallery of Ontario (Toronto), the Royal Tyrrell Museum of Palaeontology (Drumheller), and the National Museum of Art (Mexico City).

Inspired by her surroundings, Ilyana conjures up places of line, gesture and colour, where contrasting worlds of the urban and the natural coexist and sustain one another. Her drawings and watercolour paintings are layered environmental maps: of the uncovered, of the built, and of the imagined.

Video interview with the artists (by C Magazine) 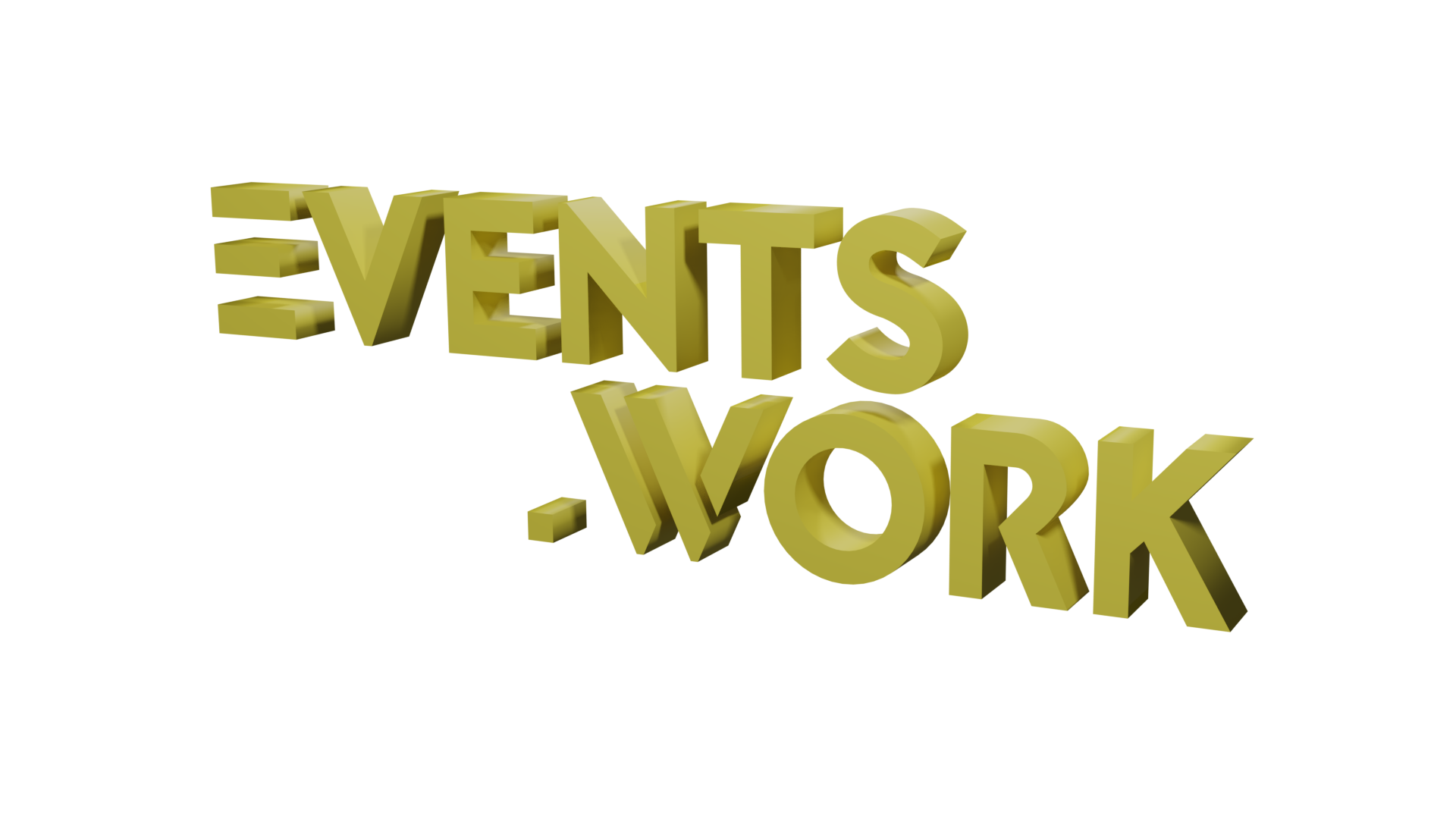 Back to Past Exhibitions