What is the Value of a Dollar? 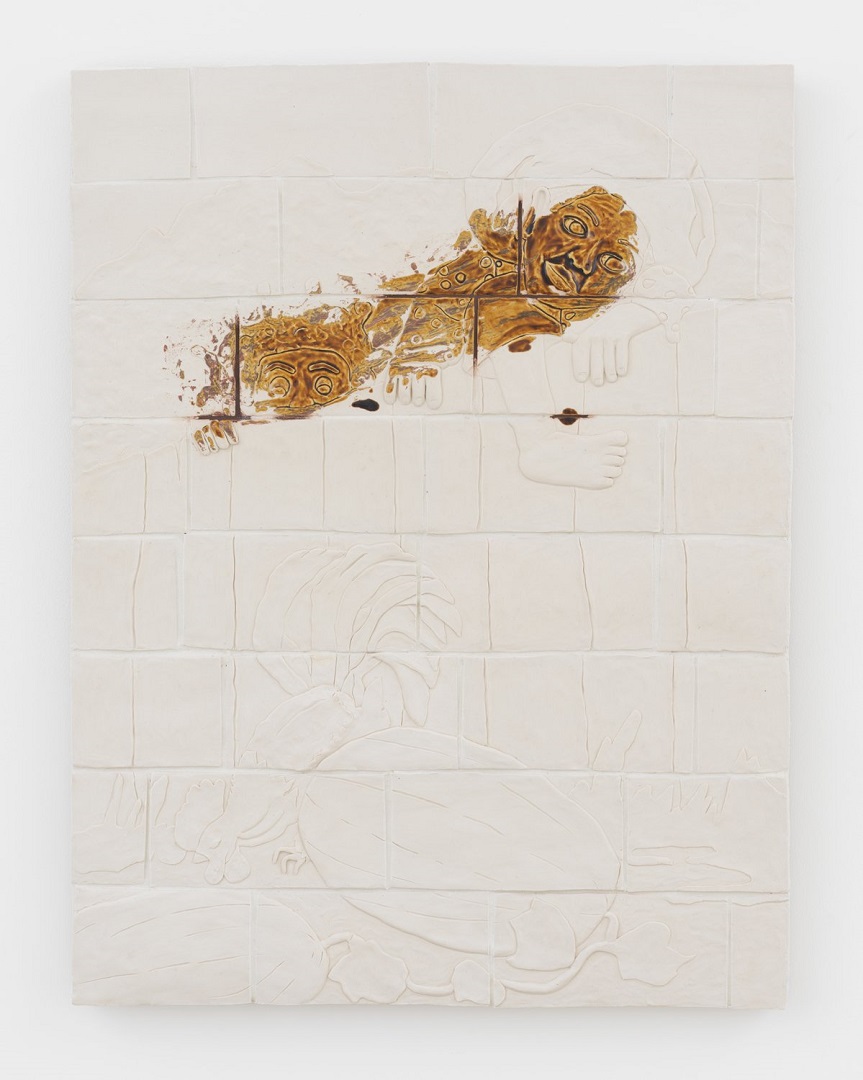 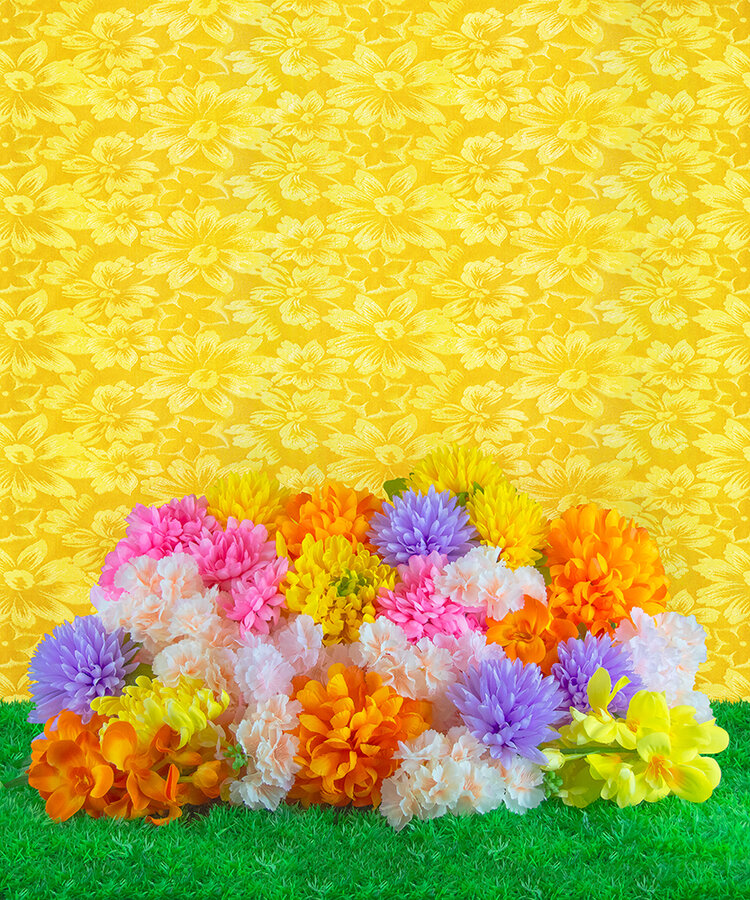 Presented in association with Sporobole art centre, What is the Value of a Dollar? invites 7 artists and collectives to examine how profit-driven entities have historically exploited and dominated societies, communities, and bodies. Using video, installation, photography, and painting, the exhibition enfolds complex matrices of racial politics, socio-economic (dis)parity, and political agency to argue that North American economies not only exist, but flourish through marginalizing their own consumers and workforce. Capitalist frameworks feed off of subjugated bodies to reinforce economically productive hierarchies of race, culture, gender, and affluence. The exhibition’s title questions how monetary capital is traded and valued against ethical, cultural, and physical sacrifice. Included works employ capitalistic visual language, which acts in protest against market-based economies. Research-based approaches are utilized to historically map capitalism’s reliance on the communities it targets and marginalizes. What is the Value of a Dollar? argues that there cannot be ethical consumption and production under capitalism, and offers ways to reclaim agency by co-opting corporate tactics and language historically used to disenfranchise.

Patrice Renee Washington (based in New York City) works primarily in sculpture and ceramics to investigate structures of race, class, and gender as they relate to the construction of identity and experience. Through use of objects and cultural signifiers, she considers how identity can be manipulated and shaped to explore alternative understandings. She has shown in solo and group exhibitions across the United States, including solo exhibitions at both Marinaro Gallery, Brooklyn; Underdonk Gallery in Brooklyn; and the Museum of Contemporary Art, Denver. Group exhibitions include shows at Jenkins Johnson Gallery, Brooklyn; We Buy Gold, Brooklyn; Sculpture Center, Queens; the Museum of Contemporary Art Denver, Denver; Zeitgeist, Nashville; Abrons Art Center, New York; 47 Canal, New York, and Museum of Contemporary African Diasporan Arts, Brooklyn. Residencies include Abrons Arts Center; Anderson Ranch Arts Center; Snowmass, CO; Lighthouse Works; Fishers Island, NY; the Museum of Art and Design, NY, and the Vermont Studio Center, Johnson, VT.

Sean Weisgerber is an artist based in Toronto working in painting, sculpture, printmaking and installation. His work centres on the nexus of art and commerce with an interest in how art and labour are commodified. He studied at the Emily Carr University of Art + Design (Vancouver) and Chelsea College of Art (London). His work has been shown in numerous solo and group exhibitions across Canada, exhibiting at The Plumb (Toronto), Open Studio Contemporary Printmaking Centre (Toronto), The New Gallery (Calgary), Wil Aballe Art Projects (Vancouver), the Mendel Art Gallery (Saskatoon), AKA Artist-Run (Saskatoon), Cooper Cole Gallery (Toronto) and the National Gallery of Canada (Ottawa) as a finalist in the RBC Painting Competition. He has forthcoming exhibitions at Ace Art (Winnipeg) and The Foreman Gallery at Bishop’s University (Sherbrooke).

The GTA Collective is a group of friends – Adrian Blackwell, Sameer Farooq, Jane Hutton, Kika Thorne – artists and architects who have formed a collective to fight the predatory real estate market from within the creative class. This is their first collaboration but not their milieu’s first take on gentrification: October group’s inflatable tunnel (1996), 1:1 over 1:300 (1998), Model For A Public Space (2000-Present), Ambience Of A Future City (2001), C-Side (2004), Scapegoat Journal (2010-Present), The Museum Of Found Objects Toronto (Maharaja And —) (2011), Calculus Of Forms (2011), White, Steel, Slice, Mask (2016), Reveal A Through Line Of Engagement.

Shellie Zhang (b. 1991, Beijing, China) is a multidisciplinary artist based in Tkaronto/Toronto, Canada. By uniting both past and present iconography with the techniques of mass communication, language and sign, Zhang explores the contexts and construction of a multicultural society by disassembling approaches to tradition, gender, history, migration and popular culture. She creates images, objects and projects in a wide range of media to explore how integration, diversity and assimilation is implemented and negotiated, and how manifestations of these ideas relate to lived experiences. Zhang is interested in how culture is learned and sustained, and how the objects and iconographies of culture are remembered and preserved.

Zhang has exhibited at venues including WORKJAM (Beijing), Asian Art Initiative (Philadelphia) and Gallery 44 (Toronto). She is a recipient of grants such as the Toronto Arts Council’s Visual Projects grant, the Ontario Arts Council’s Visual Artists Creation Grant and the Canada Council’s Project Grant to Visual Artists. She is a member of EMILIA-AMALIA, an intergenerational feminist reading and writing group, and Long Time No See, a collective of artists, filmmakers, and educators in Toronto’s Chinatown. In 2017, She was an Artist-in-Residence at the Art Gallery of Ontario. In 2021, she was a recipient of the Toronto Friends of the Visual Arts Artist Award. Her work has been published in Canadian Art, the Toronto Star, Blackflash Magazine, CBC Arts, and C Magazine. Recent and upcoming projects include exhibitions at Mercer Union (Toronto), Capture Photography Festival (Vancouver) the Institute of Contemporary Art San Diego. Zhang works with Patel Brown Gallery.

TJ Shin is an interdisciplinary artist working at the intersections of race, gender, sexuality, and speciesism. Inspired by decentralized ecologies and queer sociality, they create living installations and imagine an ever-expanding self that exists beyond the boundaries of one’s skin. Shin is a 2020 New York Community Trust Van Lier Fellow and 2020 Visiting Artist Fellow at UrbanGlass in Brooklyn. Shin has exhibited internationally at the Queens Museum, Lewis Center for the Arts, Wave Hill, Recess, Doosan Gallery, Klaus Von Nichtssagend Gallery, Cuchifritos Gallery, Knockdown Center, and Cody Dock, London.

Chester Toye is an award-winning filmmaker using horror and dark comedy to work through his realities of race, visibility, labor, and commodification. He received an MFA in Photography from UCLA and has studied improv at Upright Citizens Brigade Los Angeles. His debut short film I’m SO Sorry premiered on No Budge in March 2021 and was named to the 2021 No Budge Films of the Year list. I’m SO Sorry went on to be an Official Selection at the Indie Memphis Film Festival where it won “Best Short” in the After Dark category. Chester approaches his films with a background in portrait photography and has long been interested in the complexity of representation. Chester has worked closely with conceptual artist Hank Willis Thomas (Hangtime Executive Producer) and experimental filmmaker Stanya Kahn.

Kosisochukwu Nnebe is a Nigerian-Canadian visual artist. Using phenomenology as a methodology, Nnebe’s practice makes use of hesitation as a generative form of affect that opens the viewer and the artist herself up to new forms of understanding. Touching on themes such as the process of racialization, diasporic experience, and epistemic violence and restitution, her work takes her lived experience as a starting point for engaging viewers on issues both personal and structural in ways that bring awareness to their own imbrication and complicity.

Opacity (that which is undecipherable, hidden) and transparency (that which is legible, hypervisible) are featured intermittently in works that at times obfuscate and at other times transform to reveal a glimpse into a new way of seeing and being that has yet to be understood – even by the artist herself.

Nnebe’s work has been exhibited at AXENEO7, the Montreal Museum of Fine Arts, Place des Arts, the Art Gallery of Guelph, the Nia Centre, Studio Sixty Six, Z-Art Space, Station 16, and the Mohr Gallery in Mountain View, California. She has given presentations on her artistic practice and research at universities across Quebec, including Laval, McGill and Concordia, has facilitated workshops at the National Gallery of Canada and the Ottawa Art Gallery, and was an instructor of Art and Criticism at the Ottawa School of Art.

Back to Current Programming