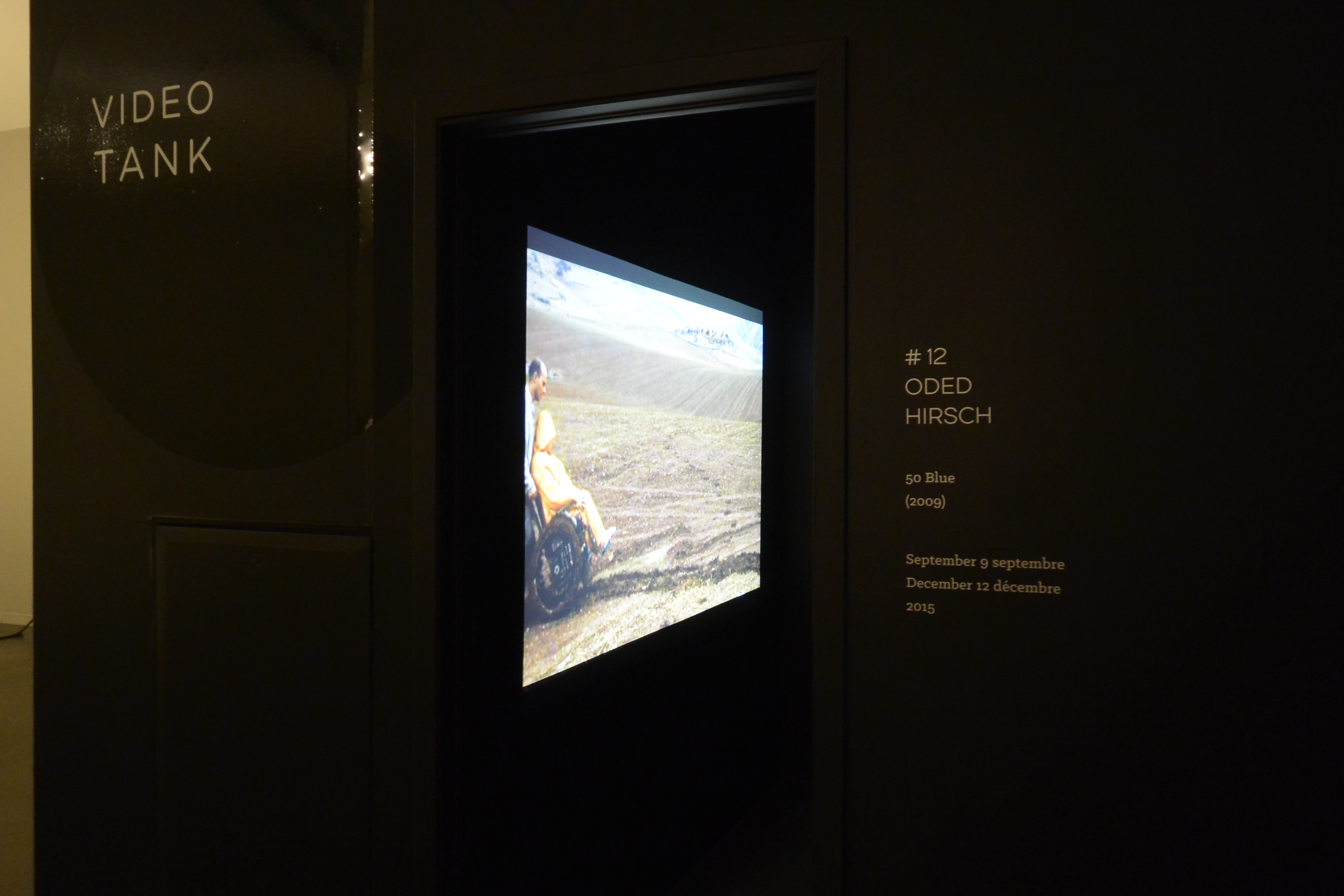 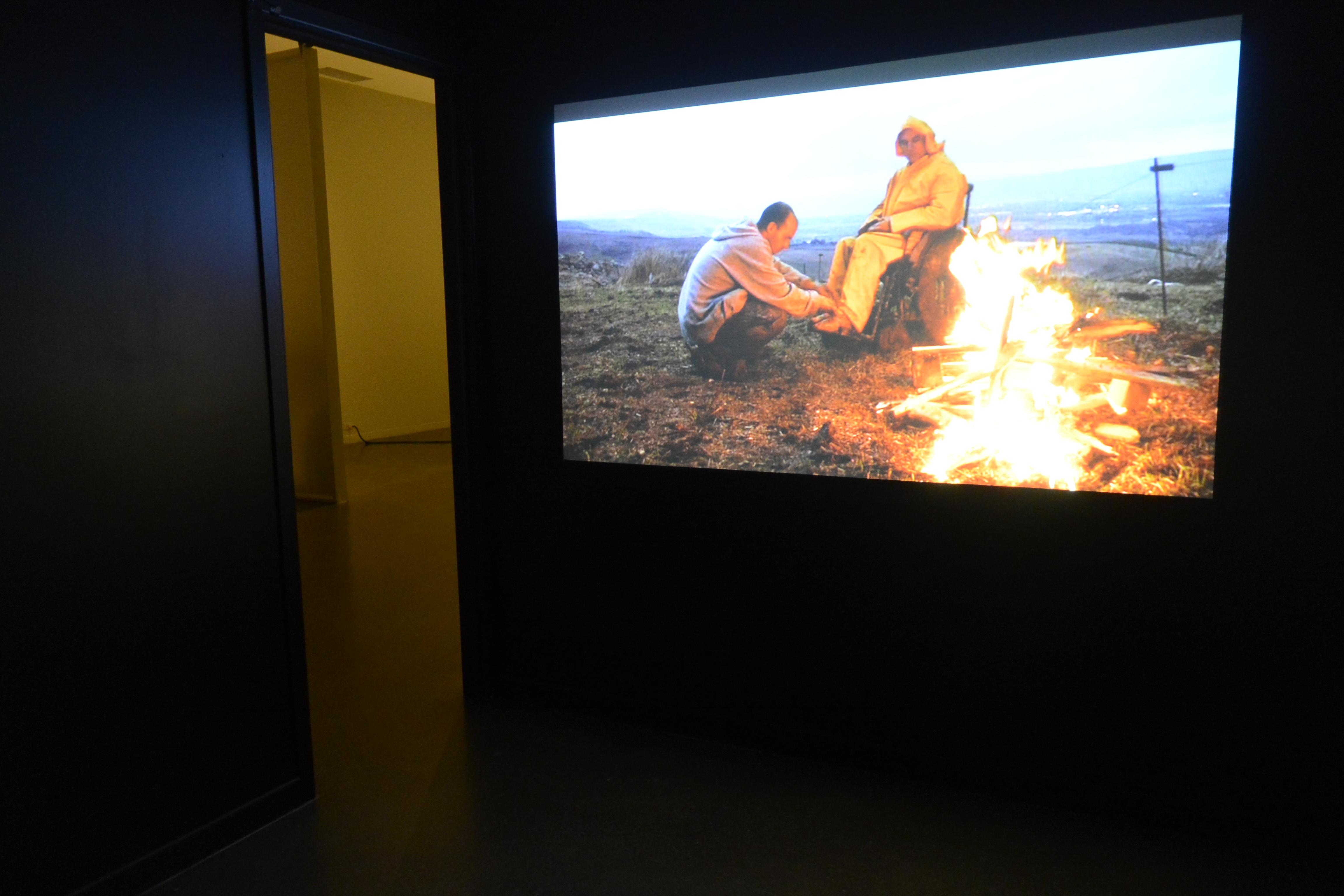 In this video, a young man (the artist’s brother) pushes an elderly disabled man (the artist’s father) in a wheel chair through a muddy landscape. It is a long and exhausting trip to an unknown destination only discovered at the end. After an arduous struggle the two arrive at the edge of a grey lake where a 10-meter high guard tower stands. The young man ties the wheel chair to a rope and hoists the old man up on the tower platform with the help of eight men, all dressed in yellow plastic raincoats.

50 Blue illustrates the value of masculine labor, even if the result does not fulfill its expectations. On the other hand, we also see an attempt to correct a distorted father-son relationship, in which a son tries (literally and figuratively) to uplift his handicapped father who he has looked down upon his entire life.

Born in 1976 in Kibbutz Afikim, Israel, Oded Hirsch works in the mediums of video, installation and photography. Hirsch graduated from the Neri Bloomfield School of Design in Haifa, Israel in 2006 and went on to gain his MFA from the Pratt Institute, Brooklyn. He is a recent recipient of the Jerome Foundation Film Grant, a 2011/12 Six Points fellow and 2012 NYFA fellow. Hirsch’s work often involves the creation of strange mechanisms, detached from rules and logic, which are examined through multi-participant spectacles.