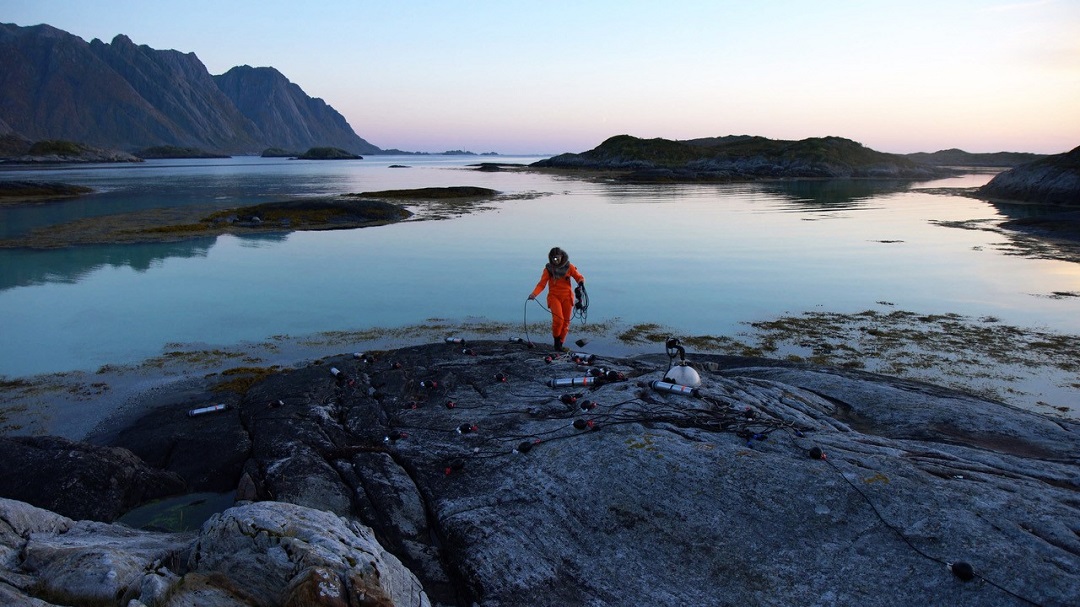 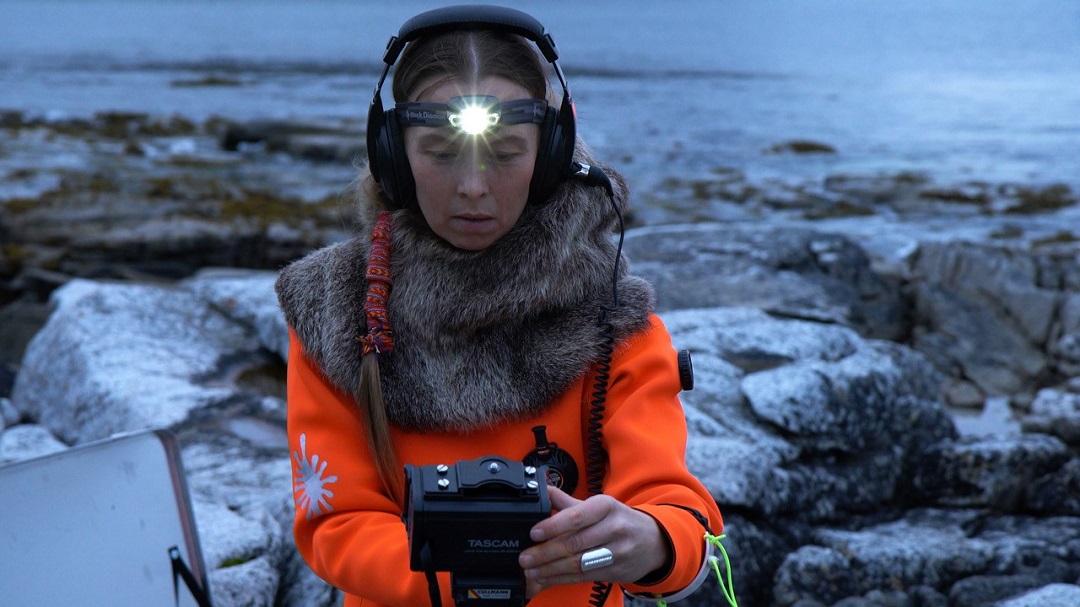 Grounded in a research-based practice, Ursula Biemann creates video essays and texts that address the interconnection of politics and the environment across local, global, and planetary contexts. In her most recent work, Acoustic Ocean (2018), Biemann combines scientific, personal, and phenomenological narrative in an exploration of oceanic depths and interspecies relations above and below the waterline of the Lofoten Islands in Northern Norway. The female aquanaut and human protagonist of this semi-fictional narrative places sensing instruments such as hydrophones and parabolic microphones along the shore in search of communication and connection with beings that inhabit the depths below. This watery world holds memories of evolution that span time scales, and also swirl with the possibility of dissolution. Microscopic creatures, for example, with bodies porous and vulnerable to the increasing acidification of their habitat, foretell of an unknown future existence. The narrative takes on a personal dimension when the aquanaut, performed by singer and environmental activist Sofia Jannok, recounts the uneven effects of a shifting climate on the indigenous Sami community of which she is part, and the reindeer on which their economic and cultural sovereignty rely.

Ursula Biemann is an artist, author, and video essayist based in Zurich, Switzerland. Her artistic practice is strongly research oriented and involves fieldwork in remote locations where she investigates climate change and the ecologies of oil and water, as in the recent projects Acoustic Ocean (2018), Forest Law (2014), Deep Weather (2013) and Egyptian Chemistry (2012). In her earlier art and curatorial work she made space and mobility her prime category of analysis, e.g. in the widely exhibited art and research project Sahara Chronicle (2006-2009) on clandestine migration networks. Her video installations are exhibited worldwide in museums and the International Art Biennials of Liverpool, Sharjah, Shanghai, Sao Paulo, Sevilla, Istanbul, and Venice. Biemann has published several books and is founding member of the collaborative art and media project World of Matter.

Biemann has a BFA from the School of Visual Arts and attended the Whitney Independent Study Program in New York (1988). She received a doctor honoris causa in Humanities by the Swedish University Umea and the Prix Meret Oppenheim, the Swiss Grand Award for Art, and the Prix Thun for Art and Ethics. www.geobodies.org

Back to Upcoming Programming