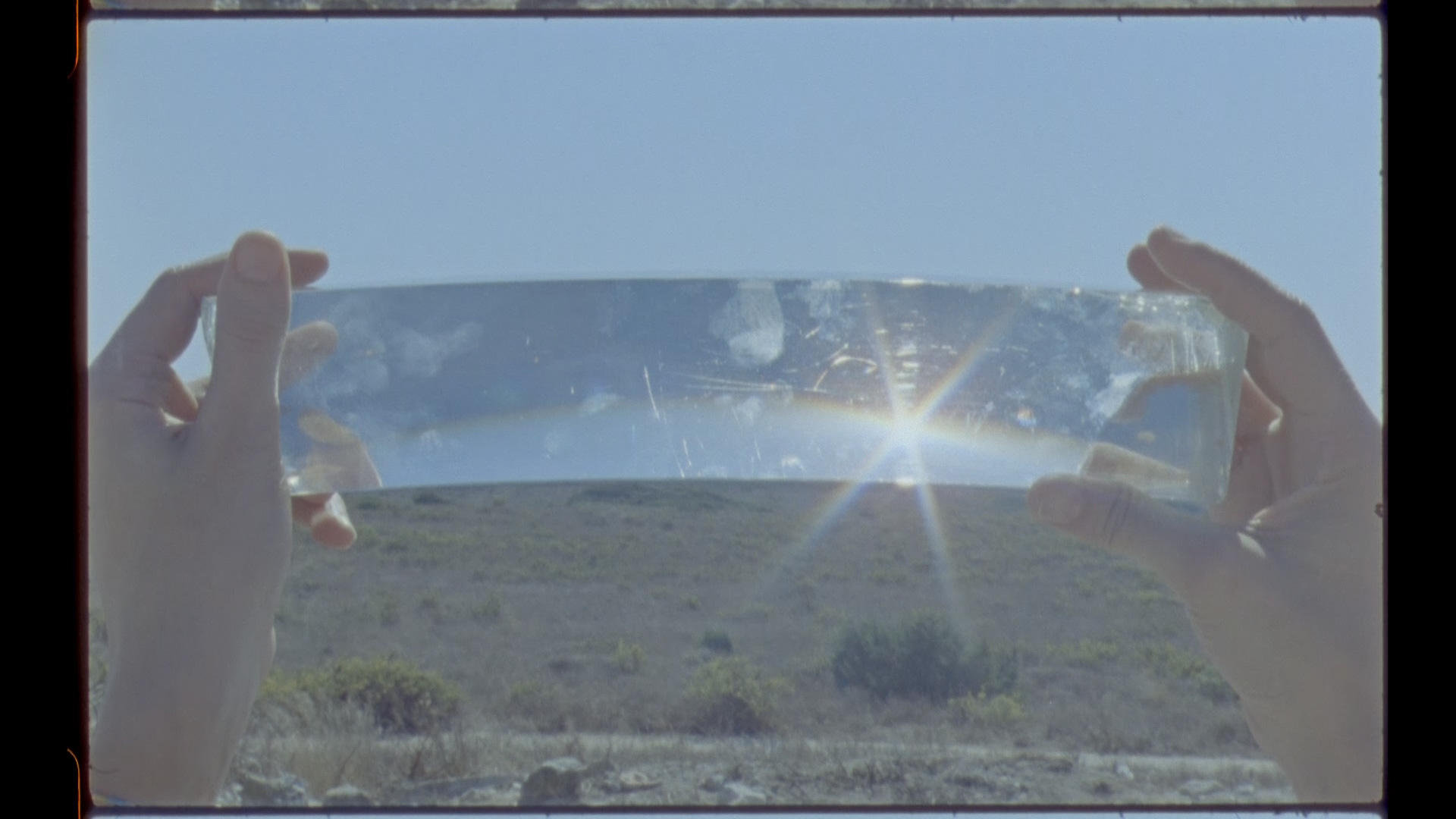 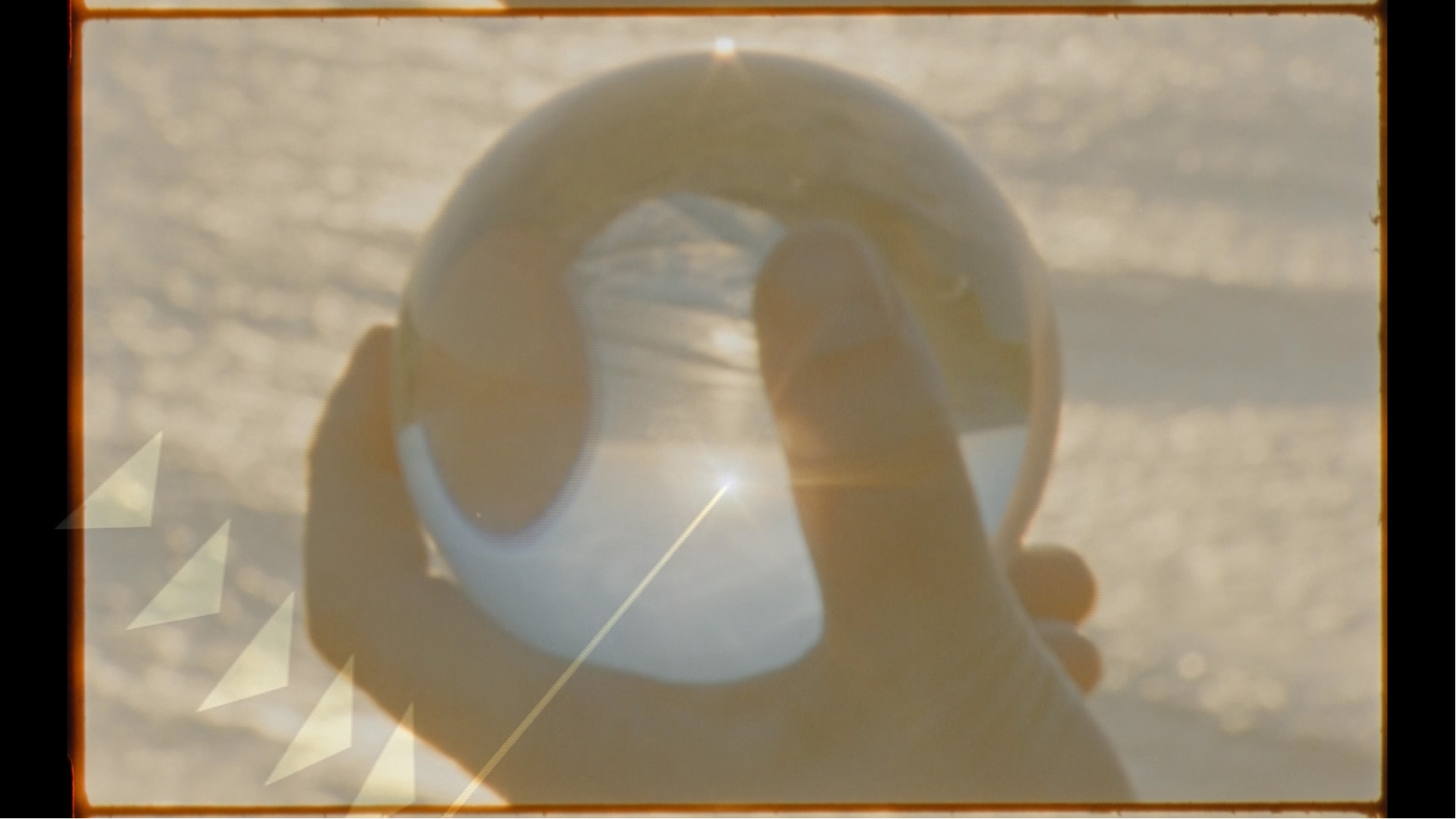 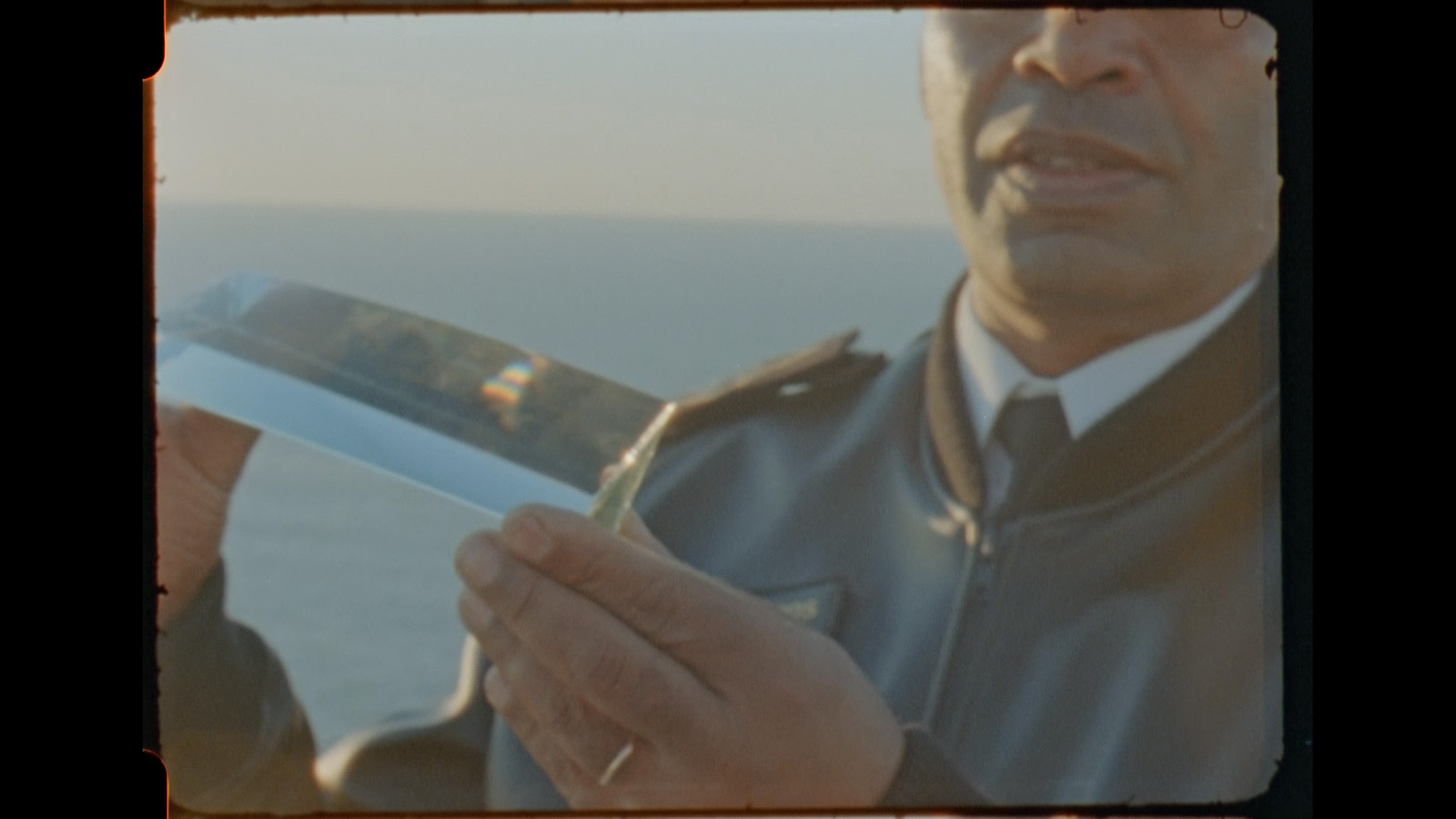 Sunstone tracks Fresnel lenses from their site of production to their exhibition in a museum of lighthouses and navigational devices. It also examines the diverse social contexts in which optics are implicated, contrasting the system of triangular trade that followed the first European arrivals in the ‘New World’ with the political potential seen in Op art in post-revolutionary Cuba.

Incorporating 16mm celluloid images, digital desktop captures and 3D CGI, the film also maps a technological trajectory: from historical methods of optical navigation to new algorithms of locating, from singular projection to multi-perspectival satellitic visions. Registering these technical advances progressively through the film’s materials and means of production, Sunstone creates “a cinema of affect, a cinema of experience – an Op film.”

Filipa César is an artist and filmmaker interested in the fictional aspects of the documentary, the porous borders between cinema and its reception, and the politics and poetics inherent to the moving image and imaging technologies. Since 2011, she has been researching the origins of the cinema of the African Liberation Movement in Guinea Bissau as a laboratory of resistance to ruling epistemologies. The resulting body of work comprises 16mm films, digital archives, videos, seminars, screenings, publications, ongoing collaborations with artists, theorists, and activists, and is the basis for her Phd thesis at FCSH-New University of Lisbon. César’s genre-bending film and video work bridges contemporary and historical discourses, also apparent in her writings, such as her essay Meteorizations, published in the Third Text special issue: The Wretched Earth: Botanical Conflicts and Artistic Interventions, edited by Shela Sheik and Ros Gray.

Louis Henderson is a filmmaker who is currently trying to find new ways of working with people to address and question our current global condition defined by racial capitalism and ever-present histories of the European colonial project. The working method is archaeological. Since 2015 he has been collaborating with the curator, producer, writer and performer Olivier Marboeuf on a variety of projects including talks, exhibitions, screenings, workshops, a play, short films and the production of a feature film. Henderson has shown his work at places such as; Rotterdam International Film Festival, The Netherlands; Doc Lisboa, Portugal; CPH:DOX, Copenhagen; New York Film Festival, NY; The Contour Biennial, Belgium; The Kiev Biennial, Ukrain; The Centre Pompidou, Paris; SAVVY Contemporary, Berlin; The Gene Siskel Film Center, IL; Gasworks, London; and Tate Britain, London. His work is in the public collection of the Centre National des Arts Plastiques, France.