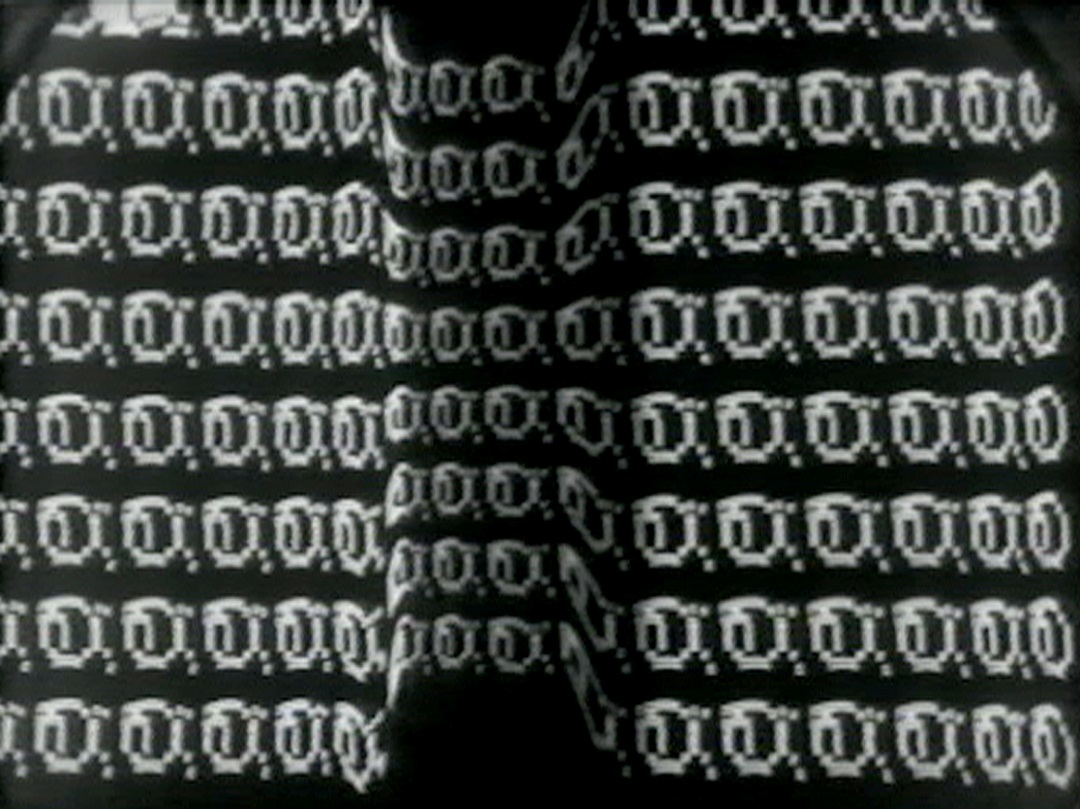 The Foreman Art Gallery presents its tenth video work in the Videotank exhibition series, Videograms by Gary Hill, created in 1980-81. Structured like a series of Haiku poems, Videograms investigates the connections between vision, audio, language and changing forms of technology. Each “videogram” relates literally or conceptually to Hill’s accompanying spoken text, which is visually translated into abstract shapes. Hill diffuses the boundary between learned vocabulary and innate sensory response, allowing the viewer to produce their own textual narratives.

Hill‘s multimedia work investigates notions such as the physicality of language, mysteries of perception, viewer participation and synesthesia, otherwise known as a blending of the senses. Hill studied at the Art Students League in Woodstock, New York, and independently under the painter Bruce Dorfman.

Born in 1951 in Santa Monica, California, Gary Hill’s artistic practice is characterized by a broad range of media including sound, installation, video, performance and sculpture since the early 1970s. Hill studied at the Art Students League in Woodstock, New York, and independently under the painter Bruce Dorfman. Exhibitions of the artist’s work have been presented internationally at museums and institutions such as Fondation Cartier pour l’art contemporain, Paris; San Francisco Museum of Modern Art; Centre Georges Pompidou, Paris; Guggenheim Museum SoHo, New York; Museum für Gegenwartskunst, Basel; Museu d’Art Contemporani, Barcelona; and Kunstmuseum Wolfsburg, among others. Hill has also participated in various group exhibitions including Déjà, at the Musée d’art contemporain de Montréal (2011) and The Cinema Effect: Illusion, Reality, and the Moving Image, Part I: Dreams at the Hirshhorn Museum and Sculpture Garden in Washington, D.C. (2008). He has received fellowships from the National Endowment for the Arts and the Rockefeller and Guggenheim Foundations, and has been the recipient of numerous awards and honours, most notably the Leone d’Oro Prize for Sculpture at the Venice Biennale (1995), the Kurt-Schwitters-Preis (2000), and honorary doctorates from The Academy of Fine Arts Poznan, Poland (2005) and Cornish College of the Arts, Seattle, WA (2011).