Ranger|Déranger: la chambre –la classe –la galerie is a participatory curation project among artist Caroline Loncol Daigneault, her six-year-old daughter Adèle Olive Turcot, and Adèle’s kindergarten classmates at the École Saint-Cécile (CSDM). It was by watching her child organize the domestic space that the project emerged. It seemed as though her way of creating narratives that radically reconfigured space was quite similar to curation –discovering, observing, selecting, associating, highlighting, and narrating. This project invites the gestures of childhood to act on and within the curatorial process, from its design to its reception, passing by the setting in space of this exhibition.

In an attempt to sidestep the often didactic formula of youth exhibitions, this project invites the gestures of childhood to act on and within the curatorial process. From the home to the gallery, through a set of workshops in class, work strategies were developed which allowed the children to intervene at different key stages of the exhibition by welcoming mechanics of their own, such as play. Five professional artists and their children will present works as part of this participatory curation project. The artists were selected based on their desire and ability to open their work processes to childhood, with all its potential for disturbance and enlightenment.

A Foreman Art Gallery and Turbine Centre co-production with financial support from the Canada Council for the Arts and the Ministère de l’Éducation et de l’Enseignement supérieur du Québec, as well as the collaborative support of our partners Sporobole, L’Imprimerie, the Dennis Oppenheim Estate and École Sainte-Cécile (CSDM).

The Foreman Art Gallery would like to thank the Canada Council for the Arts, the Conseil des arts et des lettres du Québec and the City of Sherbrooke for making this program possible.

You are invited to attend the opening reception and to celebrate the beginning of the summer season by taking part in a picnic organized specially for this occasion on April 27th, 2019 starting at 2 p.m.!

On the day of the opening, there is a participatory performance by artists Laetitia de Coninck, Anna, Émile, Mathieu Marcoux and Sophie Castonguay who disrupt the Gallery space! 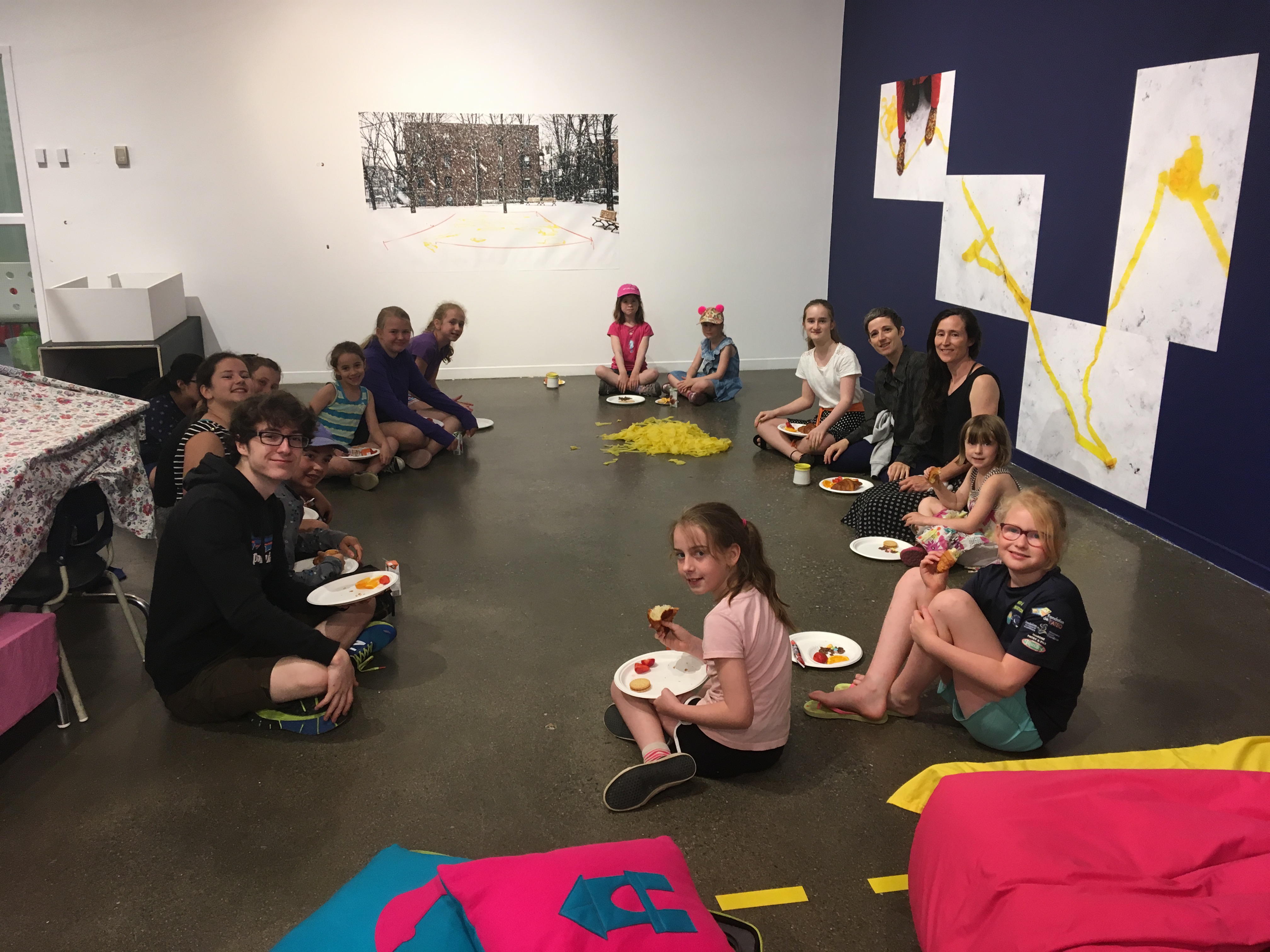