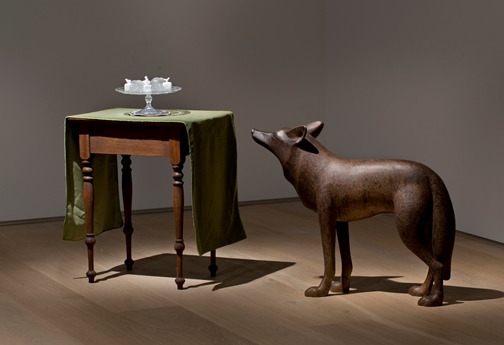 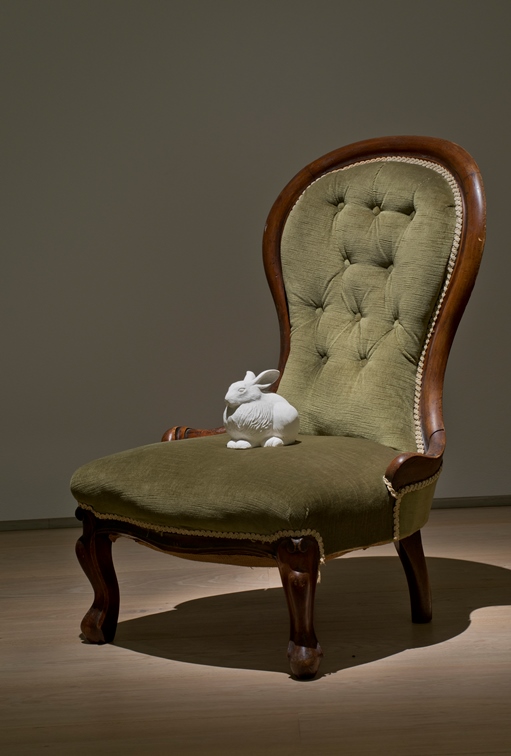 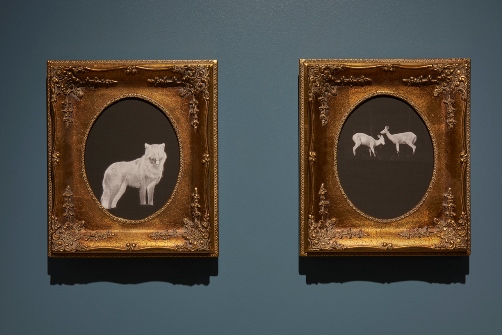 The Foreman Art Gallery presents Le rêve aux loups, a selection of recent works by Marry Anne Barkhouse, a member of the Nimpkish band, Kwakiutl First Nation. Barkhouse, whose practice is deeply engaged with environmental and Indigenous issues, employs a visual iconography in which animals play a central role. In her work, which straddles the man-made and natural worlds, raven, wolf and coyote symbolize the ability to adapt, persist, regenerate and repair in the face of endless environmental incursions. Le rêve aux loups places these animal inhabitants of the land in settings recalling the flamboyant interiors of the Sun King to reveal the transitory nature of empire, highlighting both the triumphs and betrayals that mark history north of the 49th parallel.

Born in Vancouver, BC, Mary Anne Barkhouse belongs to the Nimpkish band, Kwakiutl First Nation. An established artist and sculptor, she is descended from a long line of internationally recognized Northwest Coast artists that includes Ellen Neel, Mungo Martin and Charlie James. She graduated with Honours from the Ontario College of Art in Toronto and has exhibited and lectured widely across Canada. Working with a variety of media Barkhouse examines environmental concerns and indigenous culture through the use of animal imagery. A member of the Royal Canadian Academy of Arts, Barkhouse’s work can be found in the collections of the Art Bank of the Canada Council for the Arts, UBC Museum of Anthropology, Archives of Ontario, Macdonald Stewart Art Centre, Banff Centre for the Arts and the Department of Indian and Northern Affairs.

The artist and the curator give a lecture at 1:30 pm Thursday October 18th (open to all) and a talk during the opening reception.