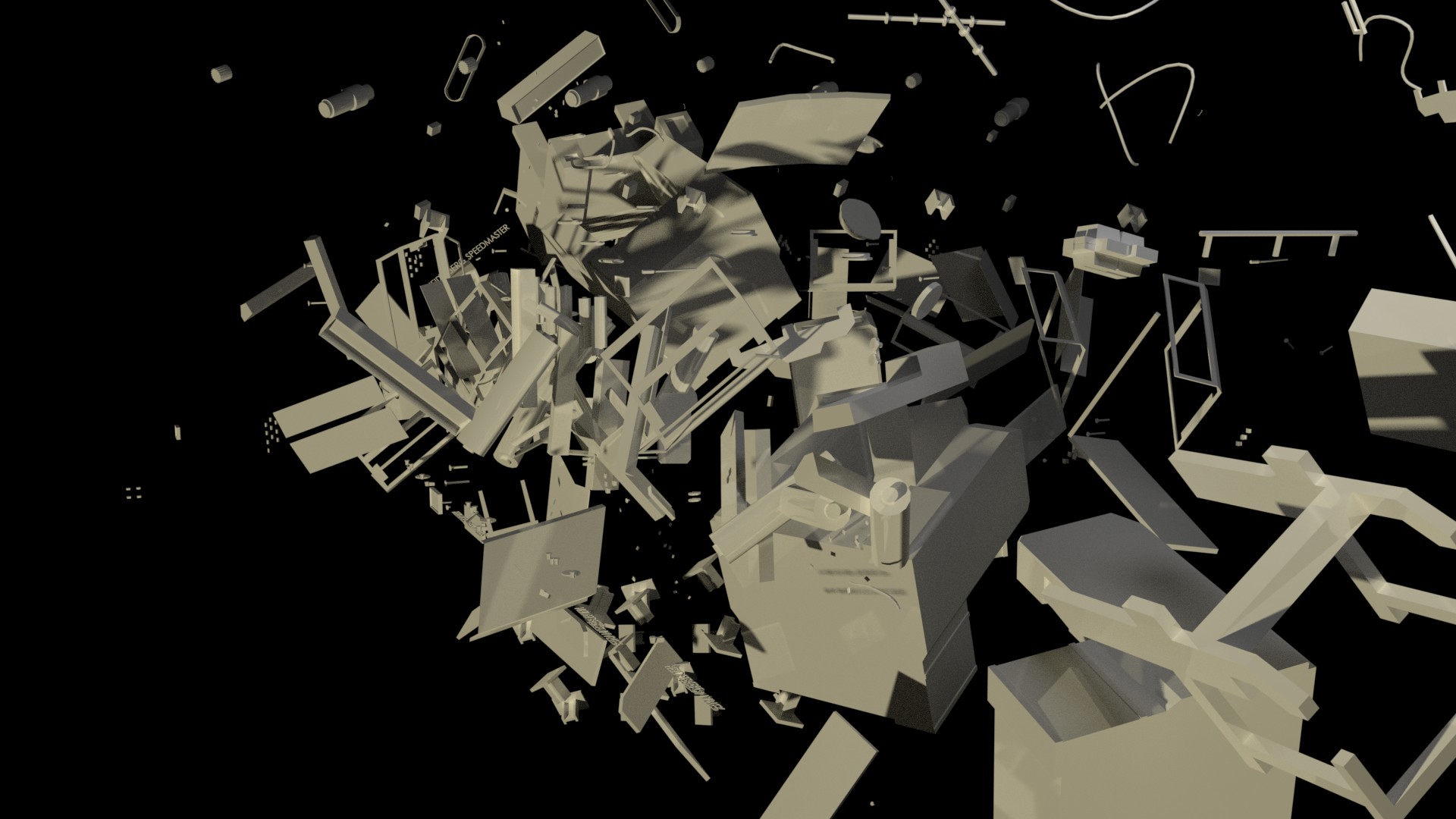 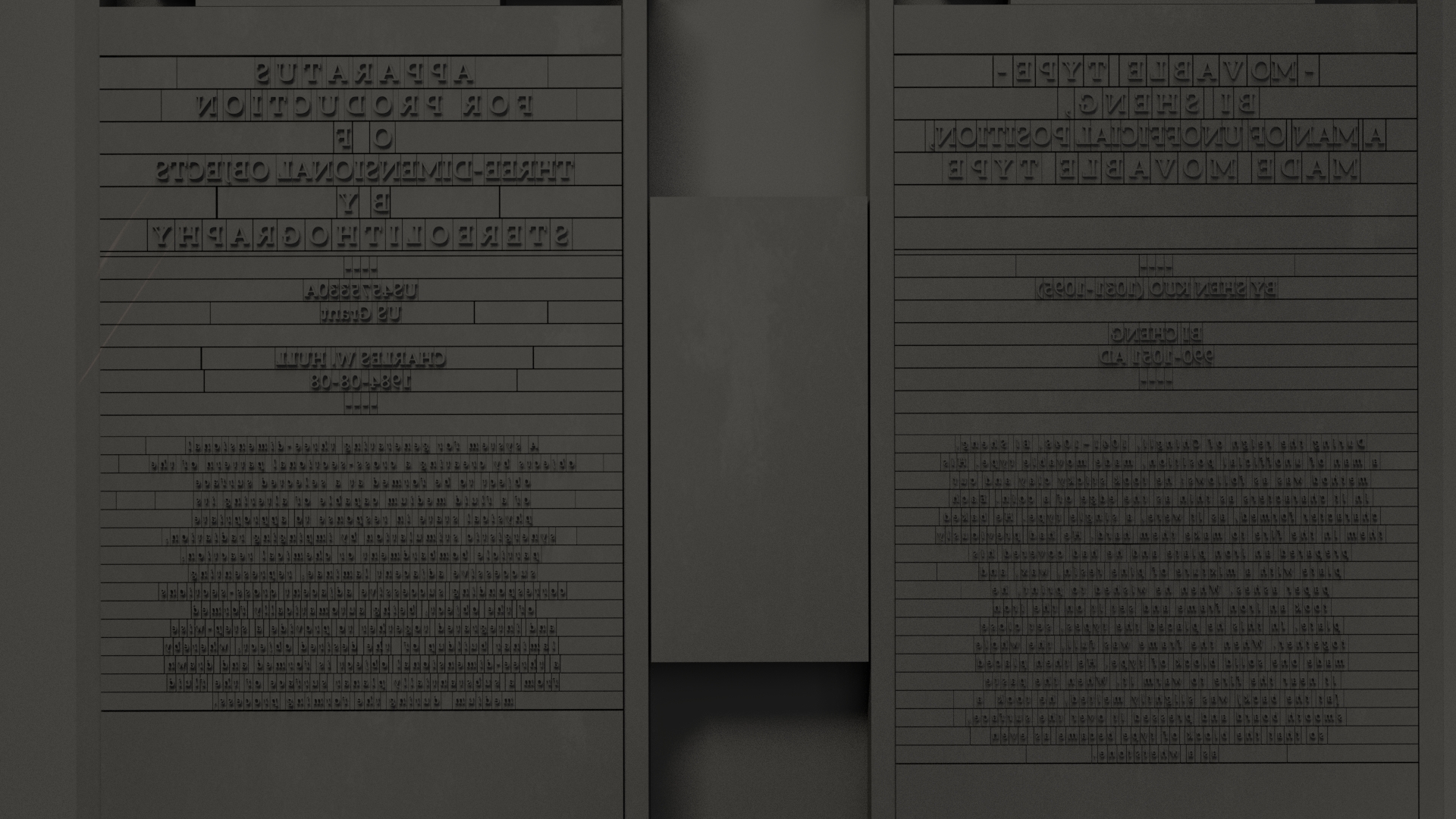 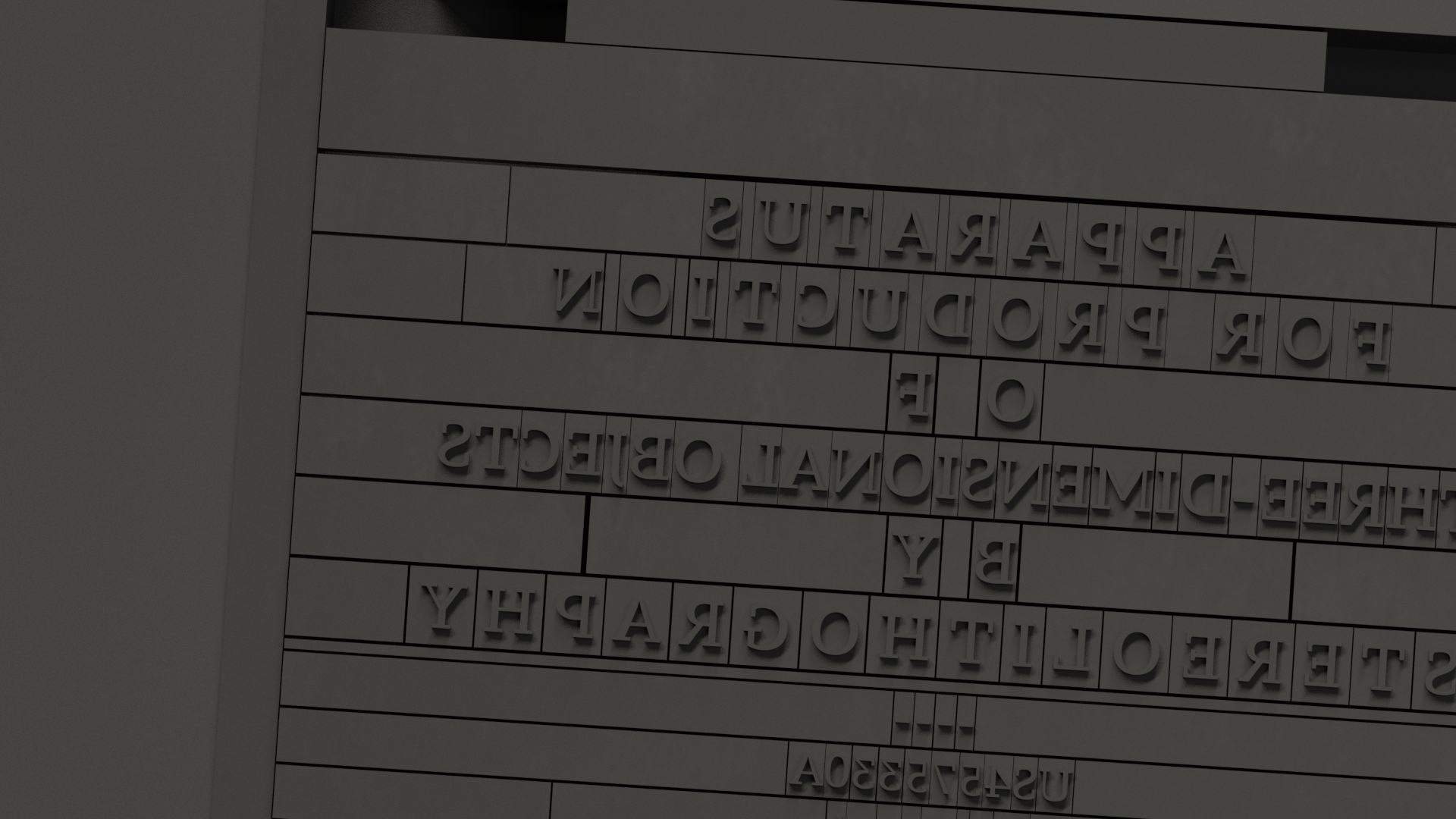 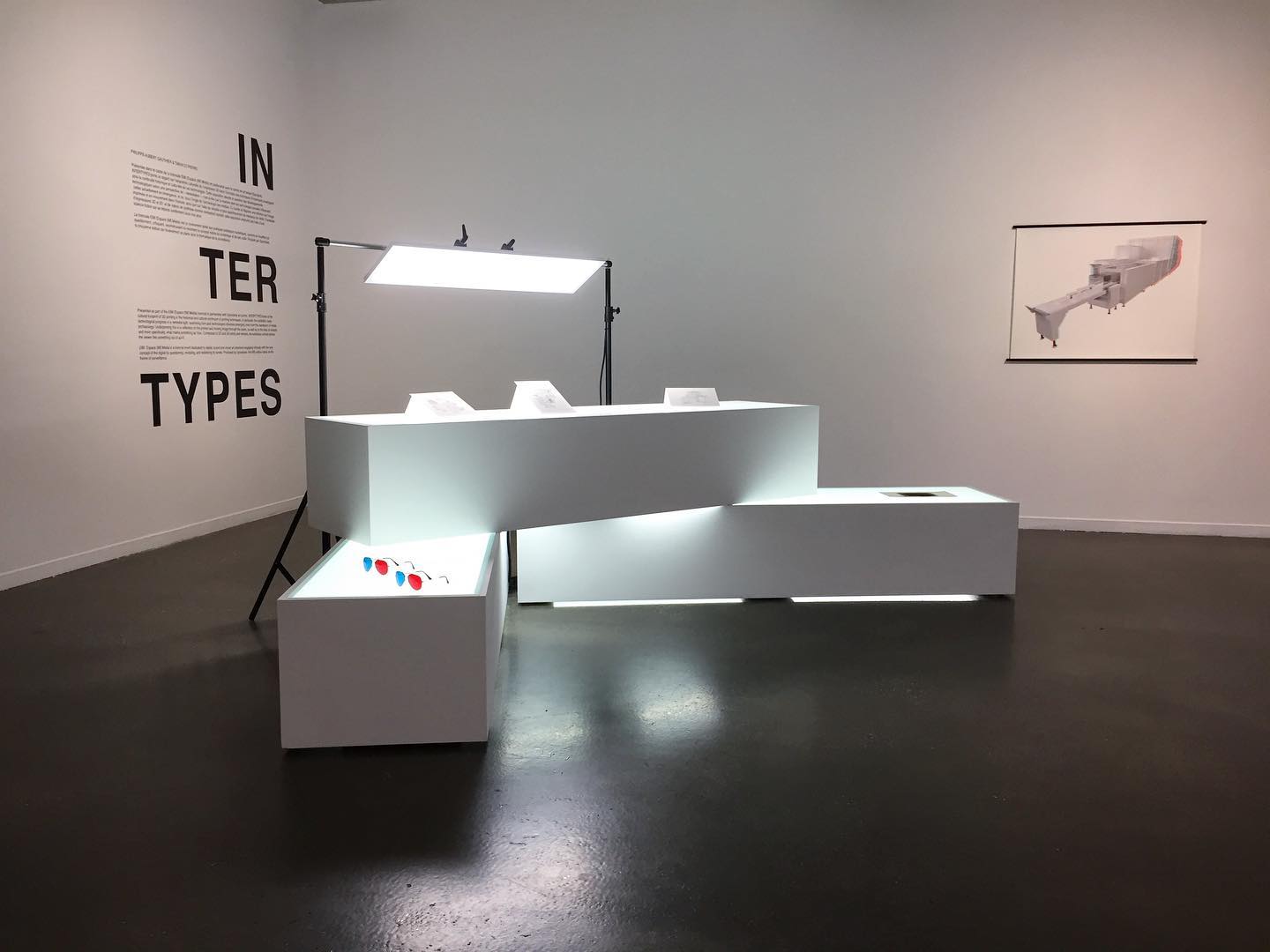 Presented as part of the EIM (Espace [IM] Média) triennial in partnership with Sporobole art centre, INTERTYPES looks at the cultural footprint of 3D printing in the historical and cultural continuum of printing techniques. In particular, the exhibition casts technological progress in a remedial light, examining how past technologies influence emerging ones from the standpoint of media archaeology. Underpinning this is a reflection on the printed and moving image through the years, as well as on the idea of veracity and more specifically, what marks something as ‘true.’ Composed of 2D and 3D prints and renders, the exhibition unfolds before the viewer like something out of sci-fi.

EIM (Espace [IM] Média is a triennal event dedicated to digital, sound and visual art practices engaging critically with the very concept of the digital by questioning, revisiting, and redefining its tenets. Produced by Sporobole, this fifth edition takes on the theme of surveillance.

The artists wish to thank the Conseil des arts et des lettres du Québec, the Foreman Art Gallery and the Musée d’histoire de Sherbrooke. St-Pierre & Gauthier are also grateful to Sporobole for its assistance in the printing process, Gentiane Bélanger for her thoughts and contributions, Sophie Drouin and Nathalie Bachand. A special thanks goes to GaétanDesmarais for helping with the printing, and Michel Harnois & David Lacoste for providing access to history.

Philippe-Aubert Gauthier is a sound and digital artist, musician, engineer, M.Sc., doctor of acoustics and professor at the École des arts visuels et médiatiques de l’UQAM. The core of his artistic approach is based on the interactions of arts, cultures, sciences and technologies. These fields of knowledge are used for the development of artistic and musical pieces that address the social construction of technologies and technology-related cultures. Gauthier also explores sound composition and improvisation through the use of modular synthesis as a playground for the creation of rudimentary and noisy generative systems.

Tanya St-Pierre is an artist in visual, sound and digital arts. Her practice stands at the crossroads of visual arts, digital culture, and forms of narrativity, leading to propositions—at once poetic and conceptual—that serve to question cultural artefacts and notions of representation. Since 2003, Gauthier & St-Pierre have collaborated together. Their respective interests are addressed in “conversations” leading to hybrid art projects.

Gauthier has produced more than 40 works and published more than 60 scientific papers. He is a grant recipient from the Conseil des arts et des lettres du Québec and the Canada Council for the Arts. His research is funded by the Natural Sciences and Engineering Research Council of Canada and the Fonds de Recherche du Québec.

With a Bachelor of Fine Arts from the Université du Québec à Trois-Rivières, (Québec), St-Pierre has received grants from the Conseil des arts et des lettres du Québec, SODEC, and the City of Sherbrooke. Her work has been presented at various venues in Canada, Mexico, Morocco, the United Kingdom, France and Germany. Some projects were carried out during artist residencies in the United States, Canada and Mexico.

The artists and the curator discuss their work with the visitors at 5:30 pm on the night of the opening reception. 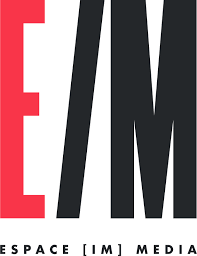